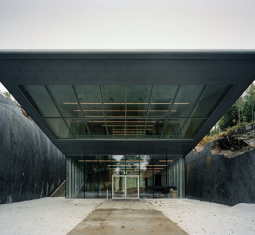 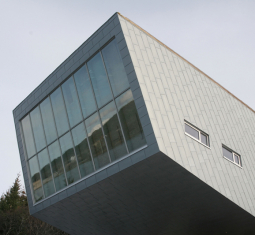 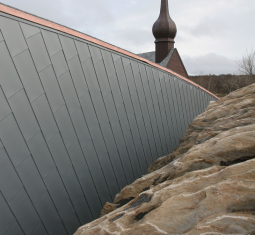 AN ARCHITECTURAL WALK
The priest and poet Petter Dass (1647-1707) has a central place in our cultural history. As one of the few Baroque poets, Petter Dass is still shown interest and provides important impulses to culture and values. This assumption is, among other things, the basis for the development and expansion of the Petter Dass Museum, which was conducted under the auspices of Alstahaug with KF Petter Dass Property. The Petter Dass Museum, is a division of Helgeland Museum. The new building is designed by Snøhetta AS, and is the museum’s main building. It is tucked into a constructed shaft through Alberthaugen, well integrated into the landscape with the opening towards the courtyard where you also find the Alstadhaug church. It is one of seven surviving medieval churches in north of Norway. It is one of three preserved stone churches at Helgeland. The parsonage is located at the seaside of the yard and is a mansion house from the 1760´s. It was built by the vicar Morten Sommer (1704-1756), who was married to Petter Dass granddaughter Abel Margrethe Dass (1710-1791). The vicarage was extended approximately 1890. The new par was probably built in connection with the church restoration in 1863-1865. The vicarage as it stands today has not been inhabited by Petter Dass.